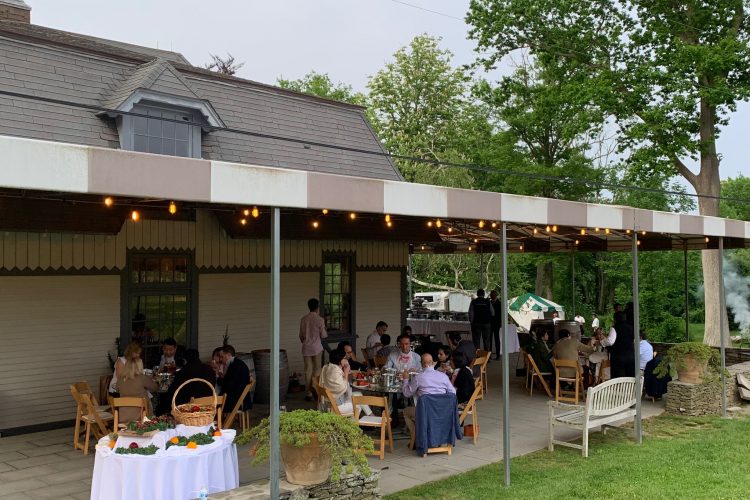 We could go on a trip, or we could have a party.   Those were the choices we decided between when thinking about Sushil’s 50th birthday.   And when we came up with the idea of a clambake, there was no looking back.   Fresh seafood.   Underground cooking.  Our favorite people.  All in one place.  As it turns out, the venues for clambakes are few and far between, so we were thrilled to find out that Greenvale Vineyards would be willing to host us.   And a magical night it was.

Greenvale is an eighth generation, family run Vineyard founded in 1863.  Located on the banks of the Saknonnet River, it’s a 30-minute drive from Newport, RI, and about an hour from most of our friends in Boston.  And yet, it feels otherworldly.   Although it was sunny on the day of Sushil’s party, we drove up in mist, bundled in shawls, and moved a table or two indoors.  If nothing else, the elements were letting us know that we might be close to Boston in proximity, that nothing was predictable in this particular geography.

A clambake, we learned, is more ceremonial than we had known.  There was a clambake master, a lecture, and a bell to commence the unveiling of the bake.  In our case, the “hearth” was above ground, in large metal grates covered in smoking seaweed. 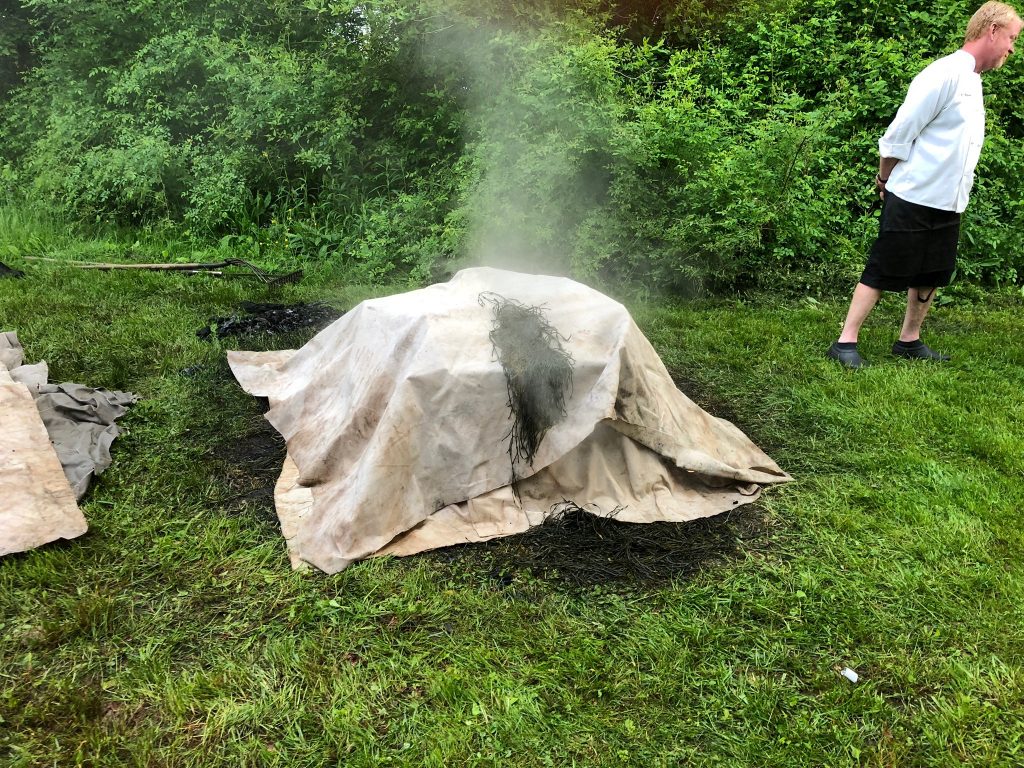 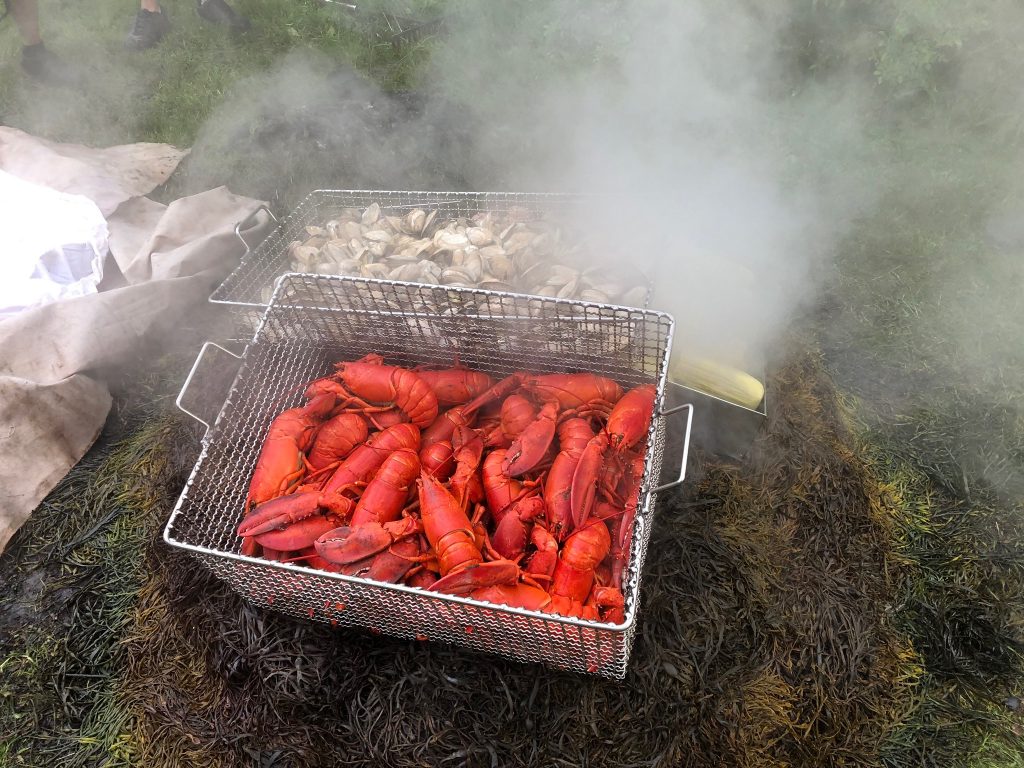 1. The part of the floor of a room where a domestic fire is made or located, typically (in modern houses) below a chimney against a wall and often forming a focus in the room; the floor beneath the grate of a fire. Also: the area, often paved or tiled, in front of a fireplace.

2. In extended use: a household, or a settled home.